The Manzanares River is a symbol of Madrid that, thanks toan ambitious and intelligentinvestment, has been revived and reintegrated into the cityscape. As a result, a challenge attempted for centuries by kings, engineers and national and international urban planners, has finally been realized and transformed the área into an essential urban infrastructure, a green-belt that shines in the city centre and the veritable backbone of the capital of Spain.

It is in this urban context that a landmark project which serves as a reference for the future is presented. The area combines ecology and sustainability with know-how, dynamism and an innovative culture, defining transformational methodologies for business in the 21st century. The area symbolizes quality, competitiveness and connectivity and allows new forms of social relationships between companies, neighbours, users, professionals and the city. We present Madrid Río.

Any good story has its origins in the past… Strong symbols are the fresh water running through the River Manzanares from where legends have sailed, the historic Bridges – such as the Segovia Bridge or the Toledo Bridge – that define the river´s limits, and the Palaces which are as Royal as they are spectacular. Moving forwards in time, the ring-road whose car lights create a blur of starry nights, novelists that transcend generations, and flea markets full of life. The area is replete with imperial promenades full of melancholy, iconic stations, industrial landscapes, factories with towering chimneys and stadiums that house unforgettable football matches. All of this results, imbues and surrounds what is currently known as Madrid Río, the new technological centre in Madrid.

Welcome to an emblematic, intelligent and sustainable urban space development inside the M-30 ring road 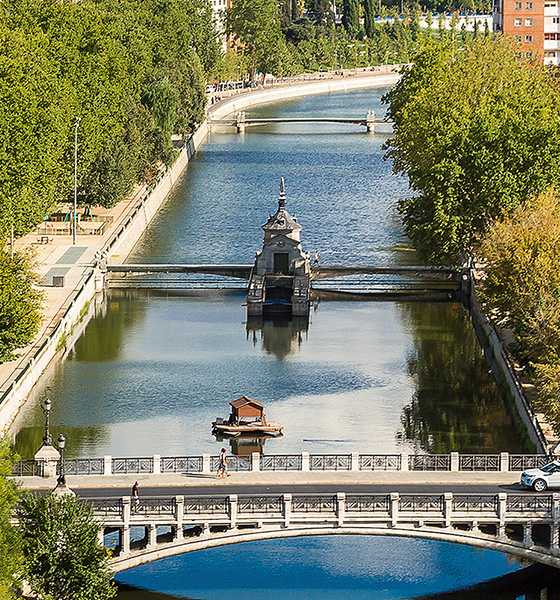 Alongside Madrid Río and the nearby Mahou Calderon project, RÍO55 is part of the transformation of the southern district of Madrid.

It is located in a fully renovated and functioning urban area, a new business area in the capital, which, thanks to unprecedented investment in the urban environment and in large landscaped gardens allows a modern, rational, sustainable and healthy way of working. For these and other reasons the area has been chosen by major technology companies, including Google, to host their offices. 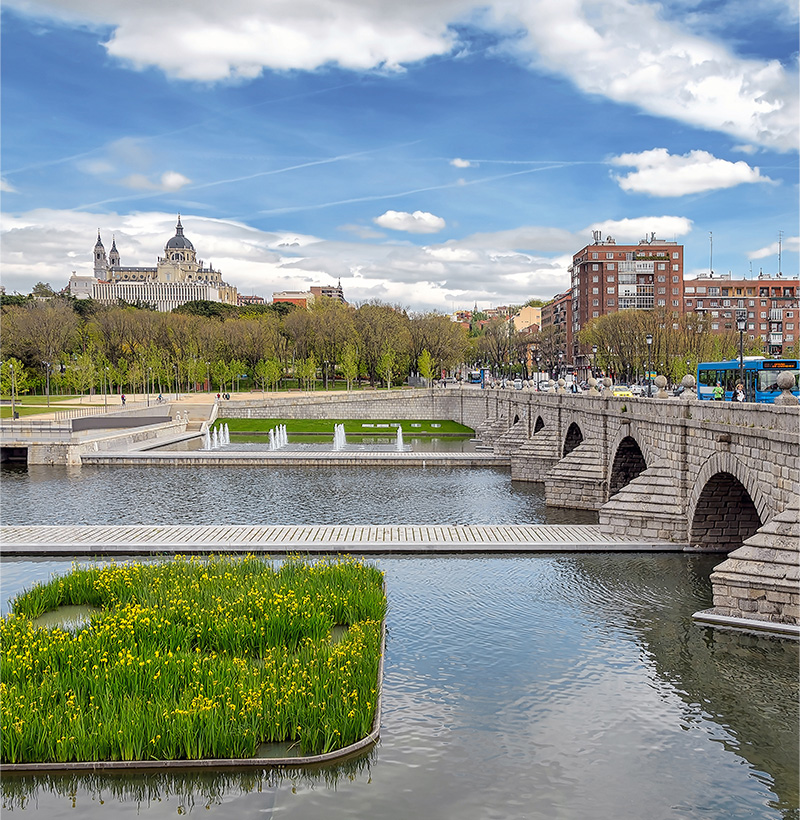 RÍO55 allows companies to establish themselves in a dynamic area that has set a trend. A “New Madrid” that has become a key investment location, thanks to its strong economic expansion and its excellent communications, for large national and international companies that have already relocated their corporate headquarters to this area of the capital.

For this reason, RÍO55 will inspire companies that want an emblematic work space where concept, design, identity, location and architecture lend perfect support to their daily activities. 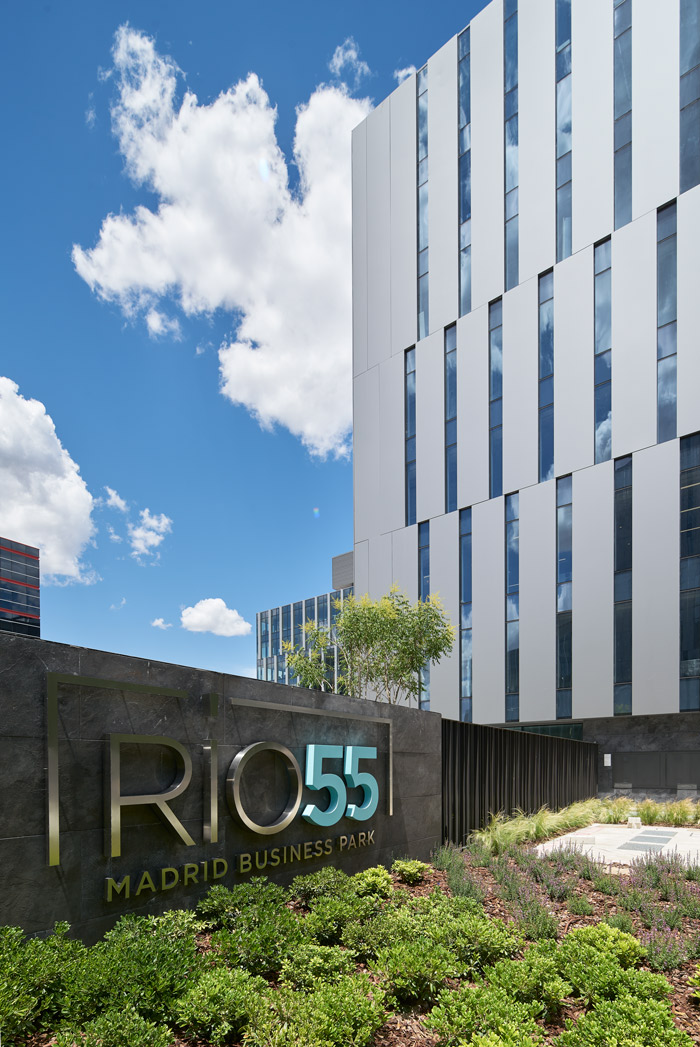 Companies
in the área 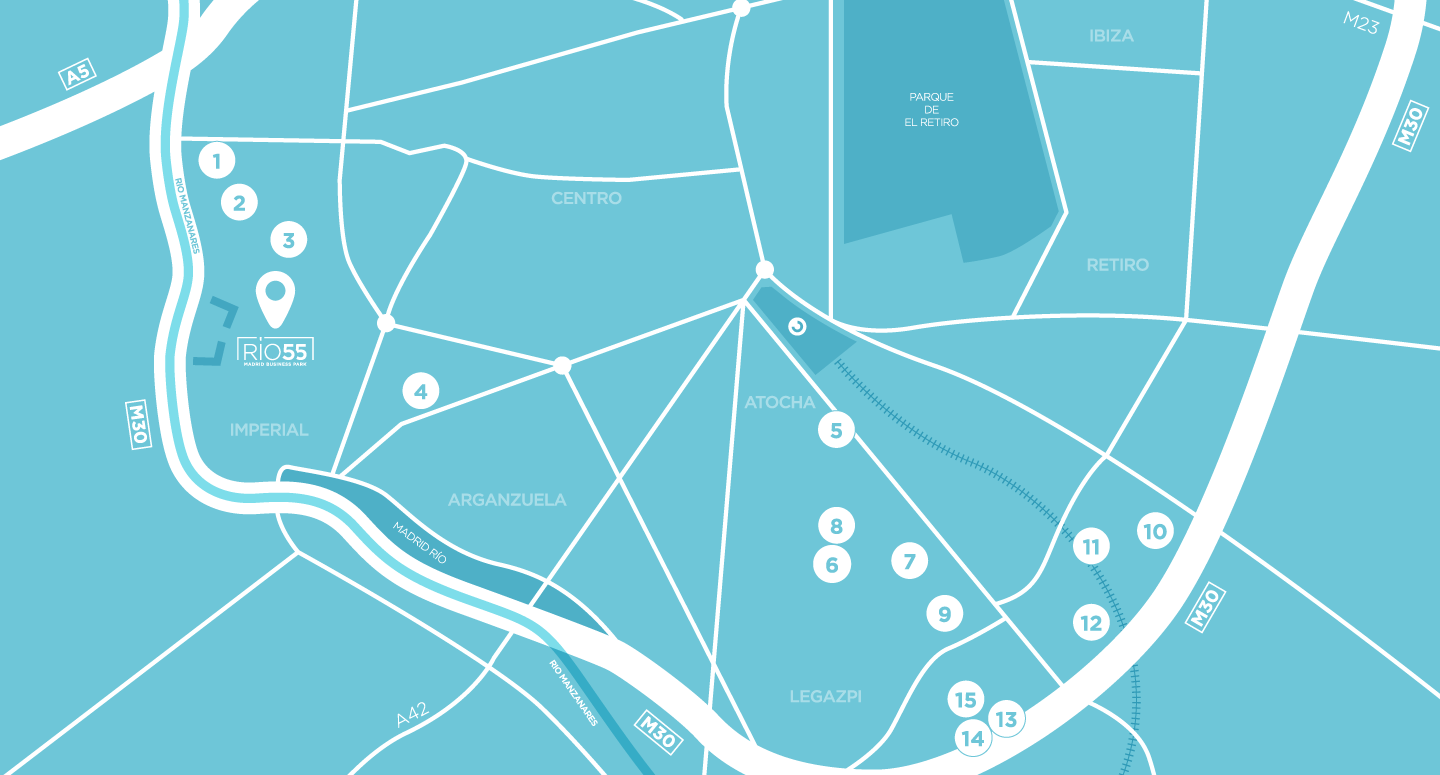